Skip to content
Epic Gardening is reader-supported. When you buy through links on our site, we may earn an affiliate commission. Learn more
Seeds

How Many Seeds Do You Need To Grow A Plant? 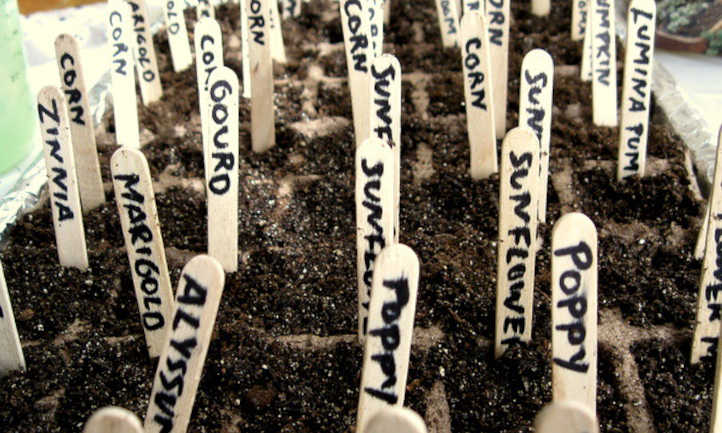 When you’re planning for the upcoming season, you might want to start seeds indoors. Maybe you have trays and starter pots and you’re planning to plant multiple seeds. But you might wonder to yourself, “How many seeds do you need to grow a plant?”

That’s a good question to ask, and the answer is multifaceted. So many different considerations come into play when you’re getting seeds started indoors to grow plants. Different gardeners have different responses. There are several factors that come into play. And not every seed is equal in its fitness.

Before you get started planting those seeds, let’s cover a few of the basics that will determine the number of seeds you need to grow your garden plants. We’ll hone in on different types of seeds and how they differ from one another. We’ll also cover a few techniques that will put your seed-starting game on point.

What is a Germination Rate?

Some gardeners may run into the issue of not having enough sprouts time and time again. This could stem from their tendency to plant only one seed per plant, and only as many plants as they want in the end.

One of the basic things to consider when planting multiple seeds is the germination rate (check your seed packet for this). Germination rate refers to the percentage of seeds that will sprout into plants out of 100. So, if you have a germination rate of 90%, 90 out of 100 seeds will likely sprout if all basic conditions are met.

It’s also essential to have fresh seeds, particularly when you’re incorporating rare seeds into the garden. As seeds get older, their germination rate will decline. This is why most seed companies include the date that the seeds were packaged. Older seeds may still germinate, so you shouldn’t get rid of them entirely, but as a general rule the fresher they are, the more viable they will be.

Basic conditions involve growing seedlings in a warm environment that prompts germination. You’ll need a grow light, and good seed starting soil. A heating mat produces optimal results. On the other hand, you could even start in a greenhouse.

In terms of germination rate, you’ll want to plant for optimal success with your plants. Instead of thinking in terms of starter pot count, consider how many holes you’ll make in the soil. Tally that up, and compare that to the germination rate. Chances are you should plant at least two seeds per hole.

But you don’t want to go overboard here and overproduce only to have no space for your seedlings. You also don’t want to be overwhelmed by the number of plants you have even if you have the space. Remember that you can save seeds and have those same plants grow in the following season.

On the flip side, you don’t want to plant just one seed per plant. If you have optimal conditions to help your seeds sprout, refer to the germination rate to determine how to plant. Sometimes the germination rate is present on seed packets. Sometimes you’ll have to do some digging. Remember, too, that fresh seeds will have more success than older seeds.

Once the germination rate is in line with how many seeds per hole, starting seeds indoors will be a cinch.

When you find the germination rate, follow this formula to determine how many seeds should go in the same hole. Then begin planting seeds. Note this formula only works out perfectly in a controlled environment.

It’s likely the rate of sprouts you witness won’t be exactly in line with the rate. The rate gives you a baseline for how many seeds per hole to plant.

Let’s start with 72 holes and one seed each that has a 70% germination rate. You would multiply 72 by 80%, and get roughly 57 sprouts. In this case, you can plant 2 to 3 seeds per hole and you’ll probably experience maximum success.

You’ll find that you often need to plant more seeds than there are holes. 2 to 3 seeds per hole is a good baseline, but you might waste seeds this way. Let’s cover a few of the intricacies involved in seed starting. That way you have extra seed leftover for next season.

Cucumbers, pumpkins, melons, and squash have high success rates. That’s because in general, larger seeds have higher germination rates due to higher fitness. It may not be worth planting two to three seeds per hole here. However, if you’ve already sprouted two seeds in the same hole, just thin them.

Plants with tiny seeds, like lettuce, tend to germinate at lower rates. Often you’ll have more success with these seeds when several are planted in one hole. Plant twice the amount of lettuce seeds compared to the ones mentioned above.

How Many Seeds To Plant?

Seed size is not the only factor that determines germination rates. The condition of the planting area is one thing to consider. Paramount to this is the type of plant. Different plants have different germination rates. And you’ll want to make room for failure, or loss in the hardening off process. Many times a single seed won’t be enough to produce a healthy plant.

Tomatoes have medium-sized seeds that have a super high rate (about 98% on average). In this case, you can plant 1 to 2 seeds per hole and thin plants as needed after they sprout. Part of the reason tomatoes are so popular with gardeners has to do with the ease of growing them from seeds. As long as you have a good seed starting mix you may have success with tomato seeds planted individually.

Giant onion seeds are medium-sized and have a hard casing. But the seeds of giant onions also have a high success rate, especially when they are fresh. In this case, the 2 to 3 seed per hole rule applies. Because onions grow in myriad conditions, if you have less success than you’d like in one growth period, you can sow more seeds later.

There’s a reason people don’t often sprout berry seeds: they often have success rates of 50% and below. A single seed or just a couple of seeds will not become small plants easily. For berry plants, plant multiple seeds per hole. Note you’ll have a lot less success here than you would with larger seeds.

Collard greens also have a pretty high success rate and can sprout easily with 2 or even 1 seed per hole. More than one seed gives you more success, and more to work with after hardening off. If you’re working in a pot, try planting in a few different parts of a pot.

Regardless of the germination rate, it’s suggested to only plant 3 rice seeds or less per hole. This is because large seeds like rice can experience stress in the transplant process if there are too many sprouts in one hole. So don’t plant a whole bunch of rice at once.

One flower I’ve found sprouts very easily is calendula. These seeds look a lot like mealworms, with their twisted casings. They germinate at about 78%. The same goes for borage seeds. And both seed types are about the same medium to large size.

Chamomile is one of those flowers whose tiny seed relies on numerous factors to successfully sprout. A lot of people I know (myself included) have a lot of trouble with chamomile because although the success rate of the seeds is high on the packet, other issues like too much moisture or too fertile a soil type can make gardening with them difficult. You may have to use a large number of seeds to grow one plant of chamomile.

Some smaller plants like lupine and alyssum self sow in the garden and don’t need your assistance. In the case of self-seeder plants, just let them do their thing in the garden, and avoid the waste of starting them with soil you’ve mixed yourself.

When you plant herbs from seed, know that you will have to plant several, and you’ll have to remain patient. Gardening with mint, tansy, dill, and parsley is super rewarding but you’ll want to have several seeds of each type planted per hole.

For instance, I grew a white sage plant from seed but had to feed almost all the seeds I had to the soil before I could get it to sprout. The germination success rate for that plant was about 40%. If I had neglected to plant more than one seed my chances of having any luck at all would have been slim. This is an extreme case, though. Most herbs have a higher rate than that, but the rate will generally be lower than that of watermelon, for instance.

DIY projects like building your own herb garden feel that much better when you start from the very beginning and see it through to the end. Why not try out the rewarding process of building an herb garden from the ground up?

How to Thin Seedlings

If you’ve planted two seeds in a hole and both sprout, what now? Well, select the healthiest of the two and remove the other. Use small scissors to clip the sprout planted in the starter pot instead of pulling it out and disturbing the roots of the plant you’ve selected. It may seem like a waste, but the roots of the eliminated plant will break down and provide nutrients to the other.

Q: How long does it take for a seed to grow into a plant?

A: It depends on the plant. There are a few general rules. Larger seeds sprout more easily, while smaller seeds grow less successfully. Fresh seeds are more voracious than old ones.

Q: Can you put seeds straight into soil?

A: Yes, but you have a lot more to contend with in that case. Seedlings exposed to the elements can get flooded, eaten, scorched, etc. Unless the plant is better sown outdoors, try starting it yourself.

Q: What is the fastest seed to germinate?

A: Brassicas and lettuces sprout the quickest of all seeds. Turnips and radishes also grow quickly.