What Kind of Worms Should I Compost With? 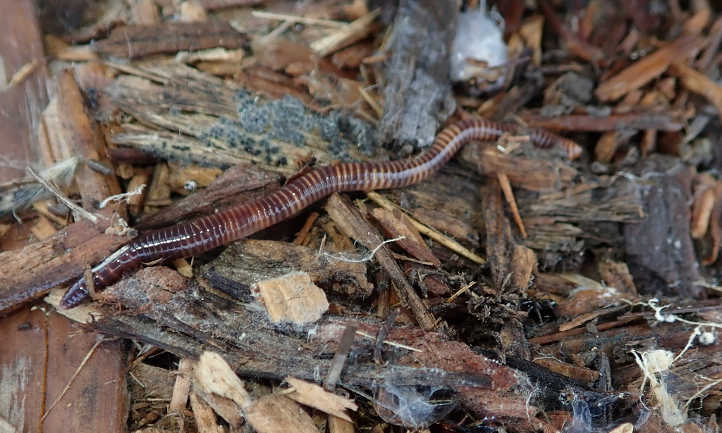 It’s very common for the new vermicomposter to ask “What kind of worms can I use in my worm bin? They’re kind of all the same, right?”

There are between 7000-9000 species of earthworms, but only about 7 of them are any good as composting worms types. And of those, only 4 are readily available in the US. We’ll cover those below.

But before we identify which species are suitable, it’s helpful to understand how earthworms can differ from one another.

Composting Worms Are In a Different Class

Earthworms fit into one of three classes based on their burrowing capabilities and the environments they inhabit: anecic, endogeic, and epigeic.

Anecic worms are strong, vertical and horizontal burrowers who come to the soil’s surface to forage for organic matter to take back their home, capable of pulling whole leaves down into their tunnels which can extend 9 feet below the surface.

Anecic worms like the common nightcrawlers (binomial name lumbricus terrestris) are excellent for your garden soil because they are strong enough to burrow in deep, compact soil, adding to the water distribution network beneath the surface. But because they do not feed on the surface, they are not good composting worms.

Endogeic earthworms are horizontal “upper soil” burrowers who also rarely come to the surface, except to forage for food. They operate at shallower depths in the soil than anecic worms and form less stable burrows. Because endogeic worms consume organic matter well below the surface, they are also not considered good composting worms.

Epigeic earthworms inhabit surface soils, leaf litter, manures, and other loosely-packed environments. They are not burrowers and would not survive in most garden soils, especially those heavy in clay.

But because they live on or near the surface and tend to swarm microbe-rich organic wastes, they are excellent composters. All composting worms types are epigeic. These are the worms you want to produce worm castings!

Which Species of Worms Are Good for Vermicomposting?

The Red Wiggler (binomial name eisenia fetida) is far and away the most common and easily-purchased composting worm in the US and Canada. Like most epigeic worms, the Red Wiggler is smaller and less muscular, and features a yellowish tail and banding throughout its body. As it reproduces quickly, operates in a wide range of temperatures (55-95°F), and is cheaper to purchase than other species, the red wiggler is the most appropriate choice for vermicomposters.   Expect about 800-1000 worms per pound when purchasing Red Wigglers, which will go for $30-35 per pound from most retailers, shipping included.

The European Nightcrawler (binomial name eisenia hortensis)  is the larger cousin of the Red Wiggler. It prefers a slightly cooler temperature so it should be considered a second choice, but it is also an effective composter.

While the “Euro” is large enough to double as a fishing worm, it also reproduces less quickly.

Expect about 300-400 worms per pound when purchasing European Nightcrawlers. And you’ll pay about $35-40 per pound.

The Indian Blue (binomial name perionyx excavatus) is often confused with the Red Wiggler and is sold as a Red Wiggler to unsuspecting customers. While it is a voracious composting worm, it prefers warmer, more tropical climates.

It is also very sensitive to changes in barometric pressure, so it’s not uncommon to see a mass escape (or attempted escape) in response to an approaching thunderstorm. If your worms freak out like this, the Urban Worm Bag’s design prevents wholesale jailbreaks through its zippered top and bottom. We have the Urban Worm Bag available for sale here in our store!

Now most worm farmers in the US do not culture the Indian Blue intentionally, so it is difficult to purchase them. But if you find a retailer who sells them, you can expect 800-1000 per pound.

But “ANCs” require much warmer temperatures and may begin dying at 60°F, making them unsuitable in cooler regions without a climate-controlled environment.

As African Nightcrawlers work different depths than Red Wigglers, some of my customers at the Urban Worm Company tell me they use both species in the Urban Worm Bag to great effect.

The Red Wiggler is my top choice for a composting worm. It is a hardy worm and tolerant of the widest range of temperatures, especially in the cold. Some vermicomposters without good climate control have suffered extremely cold temperatures but are surprised to see thriving populations rebounding in the spring.

It’s also the easiest to purchase and is almost always cheaper than the other species. It has my thumbs up!

Just like with most things vermicomposting-related, there is no one right answer. Euros tend to work in cooler climates, African Nightcrawlers need it to be warmer, and Red Wigglers tend to do well in all but the most extreme environments.

If you’re seeking some worms to get started with, take a look at our shop to find high-quality red wiggler composting worms!

Steve has provided us with a few great tips here. If you’re interested in learning more, you can visit him at the Urban Worm Company for vermicomposting tips and tricks for the beginner as well as learning more about the business side of vermiculture and vermicomposting.

He’d also be thrilled to see you try the Urban Worm Bag, his fabric continuous flow vermicomposting bin with a lifetime warranty that makes harvesting microbe-rich castings a breeze!