Companion planting is the simple process of growing two or more plants in close proximity for mutual benefit. This benefit can take place as pest control, a way to attract beneficial insects, to provide shade, or even as sacrificial plants.  Today, we will discuss the best cilantro companion plants to grow in the garden for healthier fruit and vegetables.  But first, a bit of background information on the herb cilantro!

Botanically known as Coriandrum sativum, cilantro belongs to the carrot family, Apiaceae. It is grown for its leafy herb greens known as ‘cilantro’ in American English and its seed known as coriander. In other English-speaking nations, both the leaves and the seed are called coriander.

Cilantro is popular in Thai, Indian, Mexican, and Chinese cuisine, is eaten fresh in salads and salsas, can be added to soups, stews, and curries, or used on its own as a herb garnish. Most people love the citrusy-parsley flavor of cilantro leaves, while for others, their genetics predispose them to find cilantro completely unpalatable, with a soapy, metallic flavor.  Even if you don’t like the taste, Cilantro is a good companion plant to grow in the garden.  The flowers attract beneficial insects and their aromatic foliage keeps pests away from plants you wish to protect.

What Is Companion Planting?

Companion planting focuses on creating happy plant communities. Many plants are a match made in heaven while others are a recipe for disaster. Companion planting involves growing crops together that will benefit each other. Let me provide some examples of some reliable companion plants!

A plant with a strong scent may help to keep away pests. Others have an aroma that enhances the flavor of their neighbors.  Examples of this include spring onions or leeks planted near carrot plants to repel carrot flies and prevent them from laying eggs in the soil.  Tomatoes and the herb basil can also be planted together to enhance the flavor of the tomato.

While some combinations have a mutual benefit, others can have the opposite effect.  Aromatic herbs such as sage may have a negative effect on the flavor of high water content vegetables like cucumbers, causing them to taste off.

The herb dill is a good companion plant to grow in the garden because it attracts beneficial insects as a natural form of pest control.  Its flowers attract hoverflies that feed on sap-sucking insects like aphids. Similarly, borage attracts beneficial insects like parasitic wasps that help reduce caterpillar populations on cabbages and bees which pollinate fruiting vegetables like courgettes, peppers, and cucumbers.  Nasturtiums work well as sacrificial plants, planted next to brassicas to draw away pests such as moths and butterflies.

The most obvious companion planting combinations are crops that require common growing conditions. The herb thyme grows well with other Mediterranean herbs such as rosemary or sage which prefer free-draining garden soil and full sun. Cabbage family vegetables that require alkaline, moisture-retentive soil and part shade can be planted together in the same bed.  Unfortunately, family groupings may also suffer from the same pest and diseases meaning whole crops may be affected at the same time.  Intercropping with companion plants from other family groups can help keep pests away or reduce numbers by attracting predatory insects.

A companion plant can provide a supporting role in the early days of plant growth.  Sowing radish and carrot seed together will produce a useful row marker for carrots as radishes germinate quickly.  Tall plants like sunflowers and peas and beans scrambling over a trellis provide shade for plants prone to bolting such as lettuce.

Probably the most famous companion planting method is sweet corn, beans and squash. Native Americans refer to this combination as the ‘three sisters’.  The sweet corn grows tall, providing climbing support for the beans which fix nitrogen in the soil to improve the growth of the other plants. Large squash leaves suppress weeds at the base of the taller plants and their shade helps retain soil moisture.  The ‘three sisters’ is a great system to try in your own garden especially if growing space is in short supply, although be aware that sweet corn and squash are nutrient and water-hungry plants.

The key to successful companion planting is to learn what combinations work for you.  There is no scientific proof that companion planting actually works, however, years of gardening wisdom from tried and tested methods must have some merit.  Studies have also proven that polyculture systems, where more than one crop is grown, are vastly more beneficial to the environment and sustainability than monocultures, producing healthier soils, plants, and ecosystems.

Cilantro is a cool-season, nitrogen loving plant that prefers moisture-retentive soil.  Legume family plants like beans and peas make a good companion plant to grow near cilantro. Legumes fix nitrogen in the soil, an important nutrient for strong healthy growth. Added nitrogen in the form of garden compost or blood and bone is easily leached from the soil, whereas nitrogen fixed by legumes provides a constantly available supply. Peas and beans can also provide much-needed shade to cilantro which tends to bolt in hot weather. Once cilantro flowers, its leaves become bitter and inedible, but the cilantro flowers attract beneficial insects to protect their legume neighbors and the seeds can also be harvested.

Other garden plants that may provide shade for cilantro include tall flowers such as cosmos, sunflowers, yarrow, coreopsis, tansy, and sweet alyssum. Even tall tomato vines can be paired with cilantro for shade as long as they’re not next to legumes, as the high nitrogen levels encourage lush leafy growth at the expense of fruit. Cilantro may also be planted near other herbs that require similar growing conditions like mint, anise, dill, parsley, and chervil.  Anise also helps with cilantro seed germination.

Many fruits and vegetables will grow well when planted near cilantro.  Cilantro foliage has an aroma that repels aphids, flies, spider mites, moths, and potato beetles. Grow leafy green vegetables such as cabbage, lettuce, spinach, and kale as well as potatoes, tomatoes, and peppers next to cilantro to help ward off these pests. Cilantro also attracts beneficial insects into the garden like bees, parasitoid wasps, hoverflies, ladybugs, and lacewings which will pollinate fruiting vegetables and feast on nuisance insects.

What Not To Plant With Cilantro

Garden herbs like rosemary, thyme, and lavender that require full sun and dry, free-draining soil are not natural growing partners for cilantro.  Planting cilantro in these conditions will result in poor growth and the plant going to seed.  Likewise, too much shade and soil moisture will cause root rot in the other herbs.

Avoid planting cilantro near bulb or common herb fennel.  Fennel releases a naturally-occurring chemical into the soil which inhibits the development of many plants, including cilantro.

Q: Can you plant cilantro with cucumbers?

A: Cilantro is a good companion plant to keep pests such as aphids away from your cucumber crops. However, its strong scent may have a negative impact on the cucumber flavor.

Q: Can cilantro and oregano be planted together?

A:  Cilantro and oregano planted together in the garden will not grow well because they have different watering and sunlight requirements.

A:  Yes, coriander companion plants are the same as for cilantro as they’re the same species. The botanical name for both plants is Coriandrum sativum.

Q: How do you keep a good supply of cilantro in the garden?

A: Herbs like cilantro can be sown every few weeks from mid-spring to early autumn providing a constant supply of cilantro in the garden.  Once flowers have turned brown, stems can be cut and dried to save the seed for future sowing. 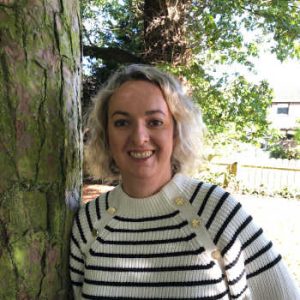 Epic Gardening occasionally links to goods or services offered by vendors to help you find the best products to care for plants. Some of these may be affiliate links, meaning we earn a small commission if items are purchased. Here is more about our approach.

As an Amazon Associate, I earn from qualifying purchases.