7 Famous Types of Orchids You Can Grow 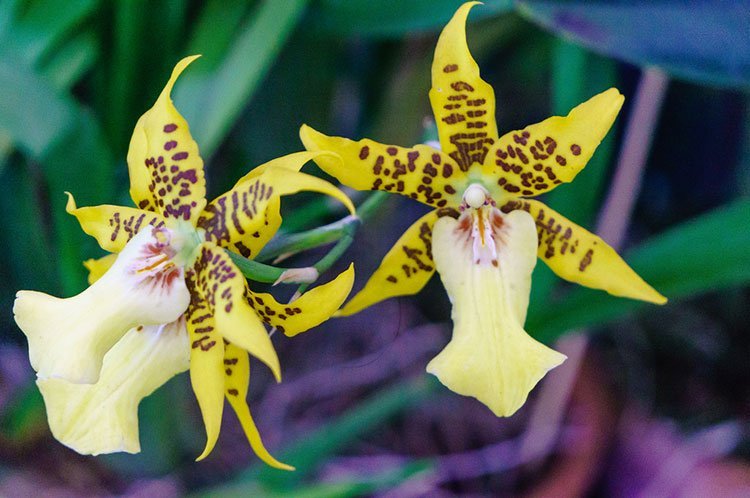 In previous centuries, orchids were a real rarity. Orchid hunters would head off on perilous voyages to tropical areas and bring these delicate flowers back home for wealthy households.

Orchids were associated with class, elegance and extraordinary beauty fit for royalty. This particular flower is reported to have first come about during the time of the dinosaurs.

While some plants and animal species disappeared during the evolution of the planet, orchids remained and continued to morph and sprout from trees, rocks and on the ground.  Thankfully, these gorgeous flowers are no longer reserved for the elite; they’re easy to find and absolutely stunning to use in the front or rear gardens of your home.

A Few Facts About Orchids

Orchids are perennial plants, which means that they last for more than 2 years. They belong to the largest group of plants, Orchidaceae.

At the later end of the 19th Century, orchid breeding and hybridization were introduced by scientists Charles Darwin, Lewis Knudson and Noel Barnard. In this era, orchid growing was a luxurious hobby for well-heeled Europeans.

Due to such great progress in orchid growing, orchids can now be cultivated just about everywhere, their availability no longer limited to the rich.

There are now about 25,000 orchid species that can be found in wild forests alone. More or less of the same numbers are estimated elsewhere around the world.

Thanks to the genius minds of those scientists of the past century, the discovery of hybrid breeding caused the widespread growth of orchids worldwide. The most popular among the orchid species, Cattleya Labiata is hailed the “Queen of Orchids” because of its colorful appearance and wonderful fragrance. This tree-dwelling flower was named after William Cattley who was the very first person to grow this orchid in the early 1800s. Cattleya is widely used for corsage ornaments and flower decor. Popularly known as the Boat Orchid, Cymbidium orchids are also used as corsages due to their tiny flowers. They are two varieties, the tall kind and the miniatures. They are also used as food in some parts of Asia. These orchids are found mainly in the Himalayas. Their tall stems and long leaves as well as their lasting fragrance make them one of the top picks for orchid lovers. This type of orchid is both an epiphyte (tree dweller) and lithophyte (grows on rocks). The name dendrobium literally means “the one who lives on a tree”. They can mostly be found in Asia and Australia. Dendrobiums are also known as “the all- purpose orchids” due to the wide variety of colors and shapes. Named after the Viscount of Milton, Miltonia orchids are an epiphyte growing abundantly in Latin America. They have large flowers which make them ideal for bouquets and a fragrance that make them popular as indoor flowers. The name Odontoglossum is derived from the Greek words Odon (tooth) and Glossa (tongue). The orchid has teeth-like calluses at the base of its lip. They mostly grow in Guyana, Central America and South America.

In line with most orchids, the flowers of this plant are fragrant and they produce beautiful blooms of petals and sepals. These orchids are highly recommended for greenhouse planting. Commonly known as the Moth Orchid, the flowers of Phalaenopsis resemble a flying moth. These plants are the orchids of choice for most first-time orchid breeders. They are extremely resilient to any problems a beginner might encounter and they are very strong as well. Otherwise called the Singapore orchid, Vandas hail from the tropics of Southeast Asia and are now also grown in the USA. This type of orchid can be put in hanging baskets. These plants need a lot of sunshine and/or filtered light and water.

Vandas are all epiphytes, lithophytes and terrestrials (grow on the ground or in soil). Their flowers bloom in different colors with lengthy stems.

Cultivating and Caring for Your Orchids

There are a few basic pointers to consider before delving in…

Whether you’re a beginner or a seasoned grower, orchid breeding really isn’t as difficult as you might think.

Why not start decorating your own garden with these incredibly beautiful plants? Rest assured, you won’t regret the experience.

Neil is a full-time freelance writer. He writes for a wide range of websites and businesses such as Vision One Homes. He’s particularly interested in the world of gardening, home, and health and fitness.