Skip to content
Epic Gardening is reader-supported. When you buy through links on our site, we may earn an affiliate commission. Learn more
Ground Cover 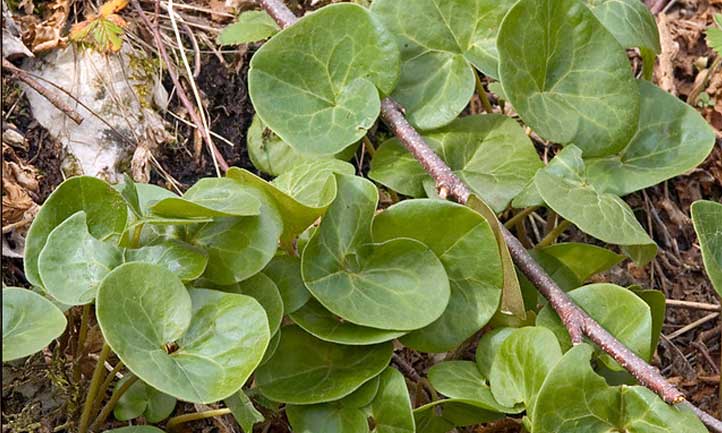 European ginger is a shade-loving, glossy, and evergreen plant perfect for your collection. Also known as Asarum europaeum, the plant is grown as ground cover, and slowly spreads to form a 6″ deep, dark green carpet of heart-shaped leaves. With radiant bell-shaped blooms appearing from late spring to early summer, the flowers often go unnoticed as the foliage is dense and thick.

Although the wild ginger plant is native to Europe, there are many different species found in North America as well. Best grown in moist and slightly acidic soil, the species is called “wild ginger” because the rhizomes of its cousin – Asarum canadense – were harvested as a ginger substitute.

European wild ginger produces glossy, rich green leaves that make the groundcover for rock gardens and woodland gardens. Since the leaves can grow up to 3″, the plant offers aesthetically beautiful foliage for edging and underplanting shrubs, slopes, and banks.

Having received the prestigious “Award of Garden Merit” by the British Royal Horticultural Society, Asarum europaeum flourishes throughout the year. Since it’s an evergreen plant, it can be grown in all four seasons with Spring and Summer being the most popular seasons.

However, the leaves can be vulnerable to winter burn, which is why they should be kept in areas where winters are too harsh.

Asarum europaeum is one of the 60-70 species belonging to the family of Aristolochiaceae. These are woodland perennials that are part of the genus Asarum. This plant itself doesn’t have any specific cultivars. However, it has a North American cousin with the name of wild ginger with rhizomes that smell and taste like ginger.

The characteristics of the leaves include a dark green shade, shiny texture and patterning. Under favorable conditions, the plants spread quickly and vigorously as ground cover, as they self-seed.

As a shade-lover, the plant generally requires low upkeep; however, it does require regular watering and well-drained soil. When grown under favorable conditions, it can reach up to 12″ in height.

However, the evergreen leaves need a gentle environment to thrive as they’re easily damaged by chilly, strong winds. Nonetheless, european wild ginger can do wonders to add a rich depth of color in your garden. If you’re planning on growing it anytime soon, here’s everything you should know about its care and maintenance.

As mentioned before, this one grows best in partial to full-shade, so it barely needs sunlight. However, the plants still appreciate a little bit of the morning sun. However, these plants need a gentle climate as extreme temperatures (hot or cold) can damage the sensitive leaves.

The European wild ginger plant requires regular and thorough watering as it needs plenty of moisture. However, while its watering needs are significant, make sure not to overwater as waterlogged soil can lead to fungal diseases like root rot.

Although it does well in average soil, it grows much faster in rich humus. Generally, Asarum europaeum thrives the best in slightly acidic, well-draining, yet moist soils. The best soil types are loam, chalk, and clay.

Wild ginger requires sparing amounts of all-purpose liquid fertilizer. You can also mix in an organic fertilizer during spring is all you need to ensure the plant grows properly throughout the year.

These plants have dense, thick foliage that spreads quickly. So while it can grow in pots, it’s not recommended, thus repotting isn’t a concern. It grows beautifully around shrubs, on banks and slopes, and as ground cover.

You can still grow the plants in a container if you wish, but they will quickly outgrow the pot. Simply sow the seeds in a container, or divide its hairy root stems right after the first frost has passed.

European wild ginger can be easily propagated by division during spring. All you have to do is divide the hairy root stems and space the new plantings 10-12″ apart.

The plants should only be pruned in spring and never in winters as the new leaves are susceptible to winter burn. Simply, remove the dead leaves and branches to keep the plant clean.

European wild ginger grows best in gardens with good, shady areas. Although they’re virtually pest-free, the leaves are vulnerable to snails and slugs. The rich green color of the leaves is what essentially attracts these nasty insects.

In order to ward off stubborn slugs and snails, you may use beer traps. Simply dig a hole near the plants and bury a beer can or a container with cheap beer inside it. Since slugs and snails are naturally attracted to beer, they will easily slip and drown.

You can also spread some mint leaves in the soil as both snails and slugs are highly repulsive to the smell. This will complement the non-invasive European wild ginger and also act as strong pest deterrents!

The European Wild Ginger is disease-free, which makes growing this plant a breeze!

No, the plant is not at all invasive.

Q. How do you divide European Ginger?

European ginger can be divided when spring arrives right after the first frost. The hairy root stems can be separated and planted with 10-12 inches of space.

Q. What is the plant resistant to?

It is only resistant to deer.

Q. What do the flowers of European Ginger look like?

The plant has small brown flowers that bloom in May. However, they often go unnoticed as the foliage is quite thick and dense.