Skip to content
Epic Gardening is reader-supported. When you buy through links on our site, we may earn an affiliate commission. Learn more
Companion Planting, Tubers 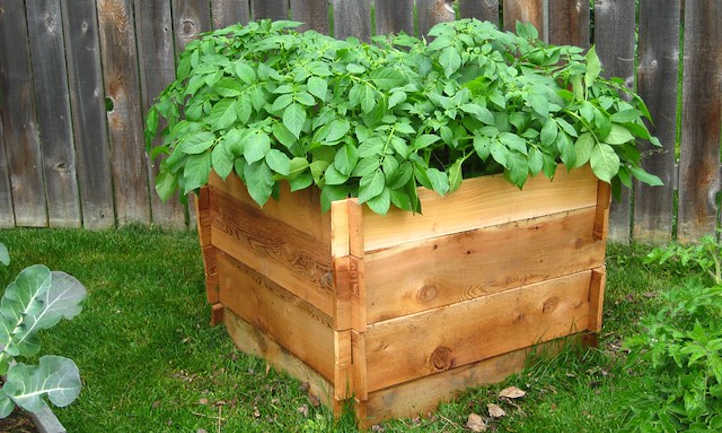 Potatoes are a staple food in many places around the world. This starchy tuber can be fried, mashed, baked, roasted, or grilled to create various dishes. Potatoes are highly recommended if you’re growing your own food because they’re easy to grow and store over winter. Fortunately for gardeners, there are many potato companion plants that are good to grow with potatoes that will help make your experience more enjoyable.

Companion plants for potatoes are responsible for deterring pests, attracting beneficial insects, adding nutrients to the ground, and improving flavor. Remember that potatoes grow deep underground, so when you’re choosing companion plants, you should avoid plants with deep roots and opt for ones that are shallow-rooted so they won’t disturb the growth of the tubers.

Companion planting with potatoes is easy once you know all the dos and don’ts. Let’s get into all the plants you should plant with your potatoes and which plants to avoid.

What Is Companion Planting?

Companion planting is strategically putting plants next to each other so they can benefit each other. It has been used for years and likely traces back to ancient times. It’s often used today among organic gardeners because it offers many benefits without using chemicals or genetically modified crops.

The benefits of companion planting will depend on each plant and what they can do for other plants. For example, potatoes benefit from having nitrogen in the soil, so planting a nitrogen-fixing plant near potatoes is a smart choice.

Many gardeners use flowers as companion plants to attract pollinators to the garden. Food won’t grow without pollinators, so adding a companion plant or two (or ten!) will improve your yield. Flowers will also attract beneficial insects that eat pests, so you won’t have to worry about resorting to chemicals.

You can also use companion planting to make your life easier. You can plant tall and sturdy plants near vining plants to have a natural trellis. Sunflowers and corn make excellent trellises for peas or beans. You can also use fast-growing plants as row markers by planting them on the end of your rows. This will help you easily identify where you put seeds to avoid accidentally double-plant in the space.

First, think about how potatoes grow. They have leaves above the ground, and the roots and potato tubers grow deep underneath the soil. The roots are mostly above the tubers, allowing for some free space right above the soil level.

Good companion plants have shallow roots that won’t interfere with the potatoes. Companion plants should be planted next to potatoes so there won’t be any interference, but it’s always best to avoid any potential issues. Some good shallow root options include a variety of herbs, including chives, basil, and parsley.

Brassicas such as broccoli, cabbage, Napa cabbage, collard greens, cauliflower, kale, and kohlrabi also have shallow roots that will cooperate with potatoes. Some sources advise against planting brassicas near potatoes because they make the soil alkaline; however, it shouldn’t be an issue if your soil is neutral or slightly acidic. Leafy greens, including spinach and lettuce, also have short roots that won’t compete. The potato leaves will benefit the lettuce because they’ll provide shade to prevent the lettuce from burning.

Potatoes planted next to bush and pole beans, fava beans, peas, and lentils will grow bigger, taste better, and produce a bigger yield. Legumes are nitrogen-fixing plants, which means they deposit nitrogen into the soil. Potatoes benefit from nitrogen, so these plants are a good choice. Stray away from planting peanuts, however, because those can grow up to three feet deep into the soil, which could stunt the growth of your potatoes as they’ll have to compete for space.

Potatoes are susceptible to Colorado potato beetles and other harmful insects. Planting flowers and certain herbs will help deter harmful insects and attract beneficial ones that will eat pests. Herbs such as cilantro and thyme are great for drawing in the good bugs. Catnip attracts beneficial insects, too, but it also attracts cats which may see your crop of potatoes as a litter box or bed. Sage and mint deter pests, including flea beetles, but these are invasive and will quickly take over your potato bed. Try planting these in containers so you can keep them under control.

There are so many beneficial flowers for potatoes that it’s hard to list them all! Alyssum, petunia, chamomile, yarrow, borage, lovage, and calendula all attract beneficial insects. Sunflowers attract pollinators like bees, so it’s great to have them near potatoes, too. Flax and marigold repel potato beetles, so they’re excellent companion crops to plant around the potato bed. Nasturtium functions as a trap crop, which attracts pests that like potato plants. Plant nasturtium close enough to the potatoes that you can attract them but not close enough that they’ll wander away from the flowers.

A few vegetables that are good to grow alongside potatoes include corn, leeks, onions, garlic, and radishes. Corn can improve the flavor of potatoes, leeks and radishes have shallow roots so they don’t compete, and onions and garlic ward off pests. Companion vegetables are ideal in organic gardening because they allow you to make the most of your space.

Don’t forget that your potato plants may actually help other types of plants, too. A good plant for potatoes to be near is beans as the potatoes repel Mexican bean beetles. In fact, while the potato crop is dealing with the Mexican bean beetles, your beans that grow alongside them will be reducing the Colorado potato beetle population, making both your potato crop and your bean crop better overall by lessening the pressures of insect pests.

What Not To Plant With Potatoes

There are plenty of good neighbors for potato plants, but there are also combinations that you should avoid. Bad companions can allow diseases to spread quickly, compete for nutrients, overtake the bed, and cause the potatoes to be misshapen.

When it comes to potatoes, you should avoid planting near other solanaceous plants, which are plants that are in the nightshade family. Potatoes are related to eggplants, tomatoes, and peppers. These plants are all susceptible to blight, leaf spot, and mosaic viruses. When they’re planted closely together, they can quickly transmit the disease to each other, resulting in the loss of a lot of crops. If one of these crops becomes infested with pests, those will easily hop from crop to crop, and they’ll become more challenging to get rid of. Other plants that aren’t in the nightshade family are also susceptible to blight and other diseases, such as apple, peach, cherry, and other stone fruit trees, as well as raspberry bushes.

Pumpkins and other squash will compete for nutrients with your potatoes, so avoid planting potatoes near these crops. Cucumbers and related plants such as cantaloupe or watermelon require lots of water and will fight over it with your potatoes. They’ll likely grow around the potato plants and eventually choke them out.

Fennel is allelopathic, meaning it can interfere with plant growth. They can make potatoes small and misshapen, stunt the growth, or they can cause them to stop growing completely. Fennel attracts beneficial insects and repels fleas, so they’re good to have in the garden, but it’s best if you grow them in a container instead of near your potatoes.

We mentioned before that deep-rooted plants shouldn’t be grown with potatoes because they inhibit their growth. Vegetable root crops to avoid include Daikon radish, carrots, turnips, rutabagas, and parsnips. Asparagus should also be avoided because it has a large root system. Horseradish is a great pest preventative, but the size of the large horseradish root can be a problem.

Finally, as a general rule of thumb, plants to avoid include those that have different growing condition requirements. Potatoes prefer loose soil so they can easily grow. They’re susceptible to root rot, so the soil needs to be slightly dry. Growing plants that prefer more compact soil or lots of water won’t be good companions for your potato crop.

Q: Can I plant potatoes near tomatoes?

A: Potato plants and tomatoes should be at least 6 feet away from each other. They are both in the nightshade family, so they’re susceptible to the same diseases and pests. When they’re put together in the same space, the likelihood of having a pest or disease outbreak is much higher.

Q: How many potatoes do you get per plant?

A: Expect to get 5-10 potatoes per plant. You may have a few large ones and several small ones on each plant. The yield is dependent on many factors, including the variety of potatoes, how many eyes are on a seed potato, the quality of soil, and the amount of water it gets. If potatoes are grown with a companion plant, you may see an increase in yield. But if you grow potatoes near plants that aren’t recommended, you may see a smaller yield or smaller potatoes.