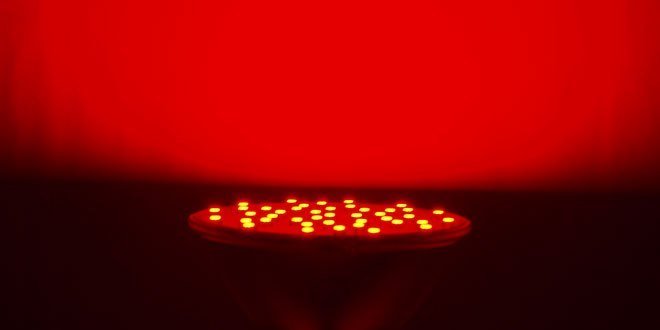 While there are many types of hydroponic lighting, there’s a lot of talk in the hydroponics world about LED grow lights and how they just might be the “next big thing” in indoor garden lighting. Like a lot of products in the hydroponic market, there is a lot of marketing and hype behind LEDs.

Sometimes it’s hard to know for sure if LEDs are a good solution for your garden when you’re slathered in marketing and the anecdotal evidence of hydroponic growers online. To solve this, I decided to take an in-depth look at what’s REALLY going on with LEDs in an impartial manner. Let’s get started with the advantages of LEDs over other lighting technologies!

The Advantages of LED Lighting

Let’s take hydroponics out of the equation for a second and just look at the advantages of LEDs when compared to incandescent and fluorescent bulbs. After we understand the general advantages we can then apply those to hydroponics and see if they still hold.

Something to keep in mind before reading on is that more visible light does not always mean better.

Read more about Photosynthetically Available Radiation to see why.

LEDs last far longer than incandescent or fluorescent bulbs. There are reports of LEDs manufactured in the 70s and 80s that are still working today! This is because they are solid state, meaning that there are no vacuum or gas components. LEDs can last anywhere from 25,000 to 100,000 hours before they are expected to fail.

They are Heat Efficient

Another benefit to LEDs is their heat efficiency. Unlike high pressure sodium bulbs, they do not emit a lot of heat into the growing environment. Because air and water temperature are so important to a hydroponic grow, this could be a massive benefit for those that are growing in confined spaces or need to control their heat for other reasons. It also allows you to place your lights much closer to your plants’ leaves, which helps you take advantage of the inverse square law for light.

A huge potential benefit to using LEDs is their ability to be customized to any color temperature for growing. As I’m sure you all know, plants need different colors of light in different phases of growth. Often times you need to buy two different types of CFLs in order to satisfy a plant’s lighting needs throughout it’s entire lifespan. If you go the high pressure sodium route, it’s often only viable for flowering because of its heavy focus on the red area of the spectrum, which is used in the flowering or fruiting phase.

With LEDs, you could theoretically buy a system that has color filters on sets of individual LEDs for each area of the light spectrum that a plant needs. Then you could adjust the amount of each color that is on at any time to perfectly customize the color spectrum to your plant’s exact needs. There are some systems out there that exist like this, but they are few and far between and the ones that do exist are fairly expensive. If you want to spare no expense with your grow, you might want to look into this further.

Disadvantages of LEDs for Hydroponics

Right now, quality LEDs are very expensive when compared to other types of lighting for hydroponics. We’re talking about $400 for a 150 watt system from a reputable supplier versus $99 for a 1,000 watt HPS and another $200 for the ballast. The price of LEDs is expected to drop significantly in the next 2-3 years, so be on the lookout for very affordable LED systems in the future.

There’s been a lot of chatter on various forums, blogs, and other grow journals about lackluster results from LEDs as far as plant growth goes. The “claim” by LED companies (and there are many) is that a 300w LED system is equivalent to a 600w-1000w HPS setup, but the evidence is suggesting otherwise. While many people are finding them good for the vegetative phase of most plants, most are not seeing great yields if they take their plants to flower using LED panels. There have been some experiments where even a T5 CFL setup outperformed LED panels for vegetative-only plants like basil, lettuce, etc.

Time to Try LEDs in Your Garden?

The jury seems to be in: LEDs are an emerging grow light technology with some really exciting applications in the future.

They ARE effective now, but they’re probably not the best lighting choice to bring a plant from seed to harvest with because of their lower yields and high cost to get started. To match the yield you could get using a HPS, you’d probably have to invest in the same amount of wattage of LED panels,which would be at least twice as expensive.

However, it would be less expensive in the long run when you consider the lower electricity expense you would be incurring, along with lower costs for dealing with the heat that a HPS puts out.

LEDs have the potential to outpace HPS, Metal Halide, and CFL lighting solutions in the coming years, but for a hobbyist right now they’re just a bit expensive to use throughout an entire grow cycle.

If you do want to mess around with them and not break the bank…here are some ideas:

I hope this was a helpful guide for anyone considering LED lighting. If you have any questions, comments, or think that I missed something (I probably did!) then please leave a comment